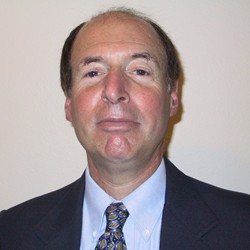 Larry Kahn spent many years as a practicing attorney in Washington, DC and later in San Diego. During that time, he received professional recognition, as well as national print and electronic media recognition, for the results he achieved in certain cases. In 1991, Larry left his law partnership in Washington, DC to form Negotiated Solutions — an innovative legal firm comprised of nine attorneys with affordable fees and with its sole focus to resolve matters out of court. During his years in law practice and since, Larry has conducted seminars, taught courses, given presentations on negotiation techniques to a variety of civic, business, professional, and academic groups around the country.

In 2004, Larry established Help Now! as a non-profit corporation in Oregon and with the IRS. With his history of innovative legal work, he recognized the gap that existed between the “legal world” and the help the average person needs when in a crisis. His idea was to bring advocacy, previously only available to the wealthy in our society, to individuals and families in crisis but lacking the means (e.g., mental, physical, financial, cultural) to resolve those crises on their own. And Help Now! would not charge clients for its services but instead would rely on other sources of funding to support its work. Larry’s inspiration to form Help Now! was also personal. Larry has a severely disabled son who has benefited greatly from Larry’s ad hoc advocacy on his behalf over the years.

Because of the national uniqueness the services Help Now! provides, in 2020 and inspired from the crises created for millions of Americans by Covid and frequent natural disasters, Help Now! began the process of making its services available on a national level. Help Now!’s expansion has been featured in articles in a number of publications, the ABA (American Bar Association) Journal among them.

Besides forming Help Now! Advocacy, Larry has a history of volunteering his time to vulnerable members of society. While in the District of Columbia, he volunteered as a mentor in the District of Columbia Public Schools’ Mentors Program for at-risk youth. In San Diego, among other boards, Larry served as a member of the Board of Directors of the San Diego Urban League. In Oregon, Larry served three terms and twelve years on a county mental health board which oversaw services provided to mentally ill county residents. He was also selected to serve on a state board with oversight of distribution
of health services in southern Oregon.

Larry holds a bachelor’s degree in honors economics taken at The Wharton School of the University of Pennsylvania, a master of science in education also from Penn, and a law degree from the University of Michigan Law School. 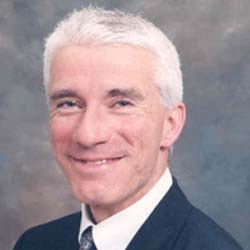 Gary Kenzer of the Chicago area has served as executive director of Help Now! Advocacy since being appointed by its board of directors in early November 2021. He was appointed to this role because the board believed him to be someone who had the vision, commitment, and fundraising capabilities to lead expansion of the organization’s
unique services to a national scope and presence.

Gary comes to the organization with over 30 years’ experience managing non-profit organizations, with local and national scope. Gary’s leadership of these organizations not only involved administrative functions, but also his work in fundraising and community organizing was instrumental to their growth.

Apart from his professional work for non-profit organizations, Gary’s civic commitment extends beyond that professional work as reflected by his volunteer roles in other Chicago-based organizations. Currently, Gary serves as a board member of the University of Illinois, Chicago Alumni Association. He also serves as the chairman of
the board of directors of a federally qualified health care center, PrimeCare Health. That organization, a 501(c)(3) nonprofit, was founded in 1992 in response to significant unmet healthcare needs of communities on Chicago’s west side.

Additionally, over the years Gary has been a guest speaker on hundreds of radio and television programs. He has shared his knowledge as a speaker before various audiences around the country with thousands in attendance at these functions.

Gary’s holds a master’s degree in social work from the University of Illinois, Chicago with a specialization in administration, public policy and community organizations. 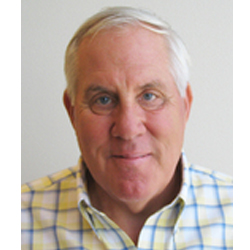 For 30 years, Ted was a board member with Youth Guidance, a non-profit working with high-risk youth in Chicago. Today Youth Guidance is nationally known for its Being A Man (BAM) program that gained the support and involvement of President Obama.

Lucero Ocampo - Member, Board of Directors 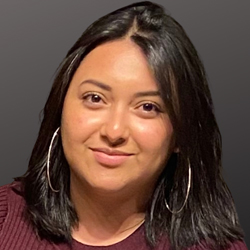 Lucero Ocampo currently works as an education coach with Guild Education. In that capacity, Lucero, who is bilingual, supports students who work for companies such as Walmart, Chipotle, Macy’s by assisting them remotely in achieving both educational and career goals. Before her current position, Lucero performed similar work remotely supporting young Hispanic professionals in their professional development for Parachute Bridge. Lucero has also worked for Conexion Americas assisting migrant families with emergency financial relief.

Aside from her professional work, Lucero served as a volunteer translator for our organization before joining our board. She also has volunteered by serving as a panelist for Conexion Americas in college conversations with students and their parents and as a mentor for Clarksville (Tennessee) Young Lives supporting teenage mothers and their babies.

Lucero holds a bachelor’s degree in from Trevecca Nazarene University.

Claire Kim - Member, Board of Directors 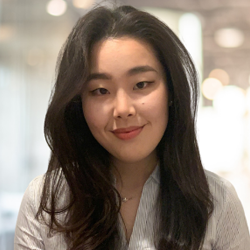 Claire Kim is a Senior Consultant at CrossCountry Consulting of McLean, Virginia. As a Senior Consultant for CrossCounty, Claire provides risk management advisory services for major corporations in the United States and oversees the work of others assisting her. She brings a great grasp of statistical measures of performance to Help Now! Advocacy which will serve to identify points of strength and weakness within the organization and in the performance of individual advocates. Claire also holds CPA certification from Canada.

In addition to her professional work, Claire has a commitment to assist and help others which aligns her well with the mission of Help Now! Advocacy. Among other non-profits, she has been active with Big Brothers and Big Sisters and Free the Children as well as American Red Cross.

Claire holds a bachelor’s degree in business administration and a master’s degree in accounting both from Schulich School of Business, York University in Canada.

Tia Ware - Member, Board of Directors 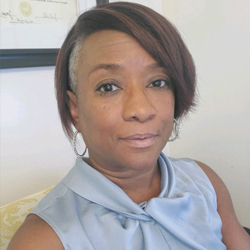 Tia Ware currently works in a professional capacity both as a manager and as a consultant.

She is a manager with the international firm, Smiths Group PLC, with oversight of both contracting and human resource spending throughout North and South America for that company. Tia is also owner of The Tia Hinton Agency™, a boutique consulting agency assisting small to Fortune 500 companies in executive search, human resources consulting, and contracting guidance. Tia brings to the board over 30 years’ experience in human resource administration, contracts management, training design, and procurement services which will assist the organization both in its internal function and with its client-facing programs.

Tia holds a Bachelor of Science in Leadership from Northeastern University of Boston, Massachusetts. She is the founder of Zeta Lambda Mu Sorority, Inc., a non-collegiate, community-based sorority dedicated to the advancement of women and families. 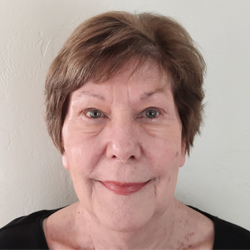 Bonnie Pickering has held compensated and volunteer positions with various non-profit organizations around the country for 45 years.

For instance, when living in New Mexico and at the same time Bonnie held the position of state coordinator for the American Heart Association, she served as a volunteer advocate for Navajo women who were in abusive domestic situations. She did development work for the Planned Parenthood Federation of America when living in the Washington, D.C. In Oregon and while working as one of the top-selling real estate agents in southern Oregon and serving on the local board of realtors, Bonnie volunteered as a Rotarian, served as a United Way volunteer, and volunteered in support of various local festivals.

Bonnie has worked as an advocate at Help Now! for 12 years, currently serving as a senior advocate training and advising new advocates as they learn how to provide the organization’s services. Having a disabled daughter of her own, Bonnie appreciates the importance of the services that Help Now! offers to vulnerable populations unable to speak up for themselves when in crisis.

Bonnie holds a bachelor’s degree from the University of Colorado. 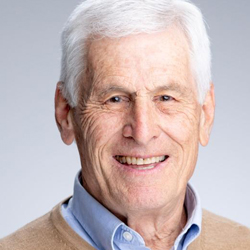 Starting in 1970, Peter was involved in the early days of the cable television industry spending 18 years managing cable systems around the country. In his last position, he was responsible for building and managing a state-of-the-art cable system that was among the first to use fiber optics. Peter was also involved with pay TV in the early years of that industry, helping both HBO and Showtime add their first subscribers.

Peter’s second career was in California’s Silicon Valley, where he worked with a number of large and small technology companies as their in-house recruiter. During that very competitive time in the industry, Peter helped his employers find and hire many highly-skilled software engineers.

Since retiring in Nashville, Peter has performed volunteer work as a Court Appointed Special Advocate (CASA), is a member of the Davidson County Juvenile Court Review Board, serves on the board of his homeowner’s association and is an advisor to Help Now!

Peter received a bachelor’s degree in English from Roosevelt University in Chicago.

How to Help ⇒